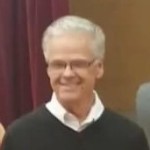 Who was Gabrielle ‘Coco” Chanel ? Coco Chanel, was one of the most renowned fashion designers of all time. Her innovative designs and unique sense of style have made her an icon in the world of fashion, influencing generations of designers and fashionistas alike.

Why is Gabrielle Chanel called Coco?; In order to support herself financially, the future designer started working as a maid and singer in cabarets, where she became famous for singing the song “Qui qu’a vu Coco?” It was the origin of her nickname Coco, which also means “darling” in French.

Born into poverty in Saumur, France, Chanel defied all odds to become one of the most successful designers in history. Throughout her career, she broke new ground with her bold and unconventional styles, while also drawing inspiration from history and modern culture. And although she had many imitators, no one could match her talent or ingenuity.

Today, over 100 years after she first launched her label, Chanel remains the top name in fashion design. Her legacy continues to inspire designers everywhere as they strive to create collections that are sleek, glamorous, and always on-trend. Whether you are a budding designer yourself or simply a lover of fashion, Coco Chanel is a name that is sure to inspire and intrigue for years to come. Read on as we review the life and accomplishments of “Coco Chanel Fashion Designer.

Coco Chanel was born into poverty in 1883, the second daughter of a laundry woman and a salesman. Her mother died when she was six, and her father abandoned the family soon afterwards. As a result, Chanel spent much of her childhood in orphanages and convent schools later being sent to live with her Aunt in Paris. There, she learned to sew and became a seamstress.

In a few years she began her fashion career working for other designers. Despite her humble beginnings, Chanel would go on to become one of the most influential fashion designers of the 20th century. In 1908 at 25 years of age, she opened her first dress shop in Paris, and soon began to gain a following among the city’s elite. Her simple, elegant designs revolutionized women’s fashion, and her name became synonymous with luxury and sophistication.

Today, Chanel is still one of the most respected names in fashion, and her story is an inspiring example of what can be achieved through hard work and determination.

Coco Chanel was one of the most influential designers of her time. She began her career working for various designers, who all had a major impact on her style and approach to fashion. These early experiences inspired her to create designs that were both elegant and timeless, highlighting feminine beauty through clean lines and carefully chosen details.

She is also credited with popularizing the “little black dress” and the use of jersey fabrics as well as zippers and buttons as closures on clothing.

Additionally, the experience she gained working at these design houses gave her the opportunity to develop strong relationships with customers and potential clients. Through these connections, she was able to secure financing for her own business, thus paving the way for her many successful years as an independent designer. Ultimately, Chanel’s pioneering work helped to shape the field of fashion as we know it today, inspiring generations of artists and designers alike.

Coco Chanel’s early successes in the fashion world were based on her simple, elegant designs. She favored clean lines and understated colors, which set her apart from the flamboyant fashions of the day. Chanel’s clothing was also known for its comfort and functionality, which endeared her to both women and men. In addition to her clothing designs, Chanel also introduced the concept of the “little black dress.” This timeless style has been adopted by generations of women and remains a staple in many closets today.

By 1927, she owned five buildings along the fashionable rue Cambon in Paris, where she had opened an early fashion boutique, selling everything from hats and clothes to jewelry and perfumes.

Wikipedia has this to say about that Little Black Dress. The little black dress (LBD) is a black evening or cocktail dress cut simply and often quite short. Fashion historians ascribe the origins of the little black dress to the 1920s designs of Coco Chanel. It is intended to be long-lasting, versatile, affordable, and widely accessible. Its ubiquity is such that it is often simply referred to as the “LBD”.

The little black dress is considered essential to a complete wardrobe. Many fashion observers state that every woman should own a simple, elegant black dress that can be dressed up or down depending on the occasion. For example, the LBD can be worn with a jacket and pumps for daytime business wear. It can also be worn with ornate jewelry and accessories for evening wear or a formal event such as a wedding or ball.

Opening her first shop on Paris’s Rue Cambon in 1910, Chanel started out selling hats. She later added stores in Deauville and Biarritz and began making clothes. Her first taste of clothing success came from a dress she fashioned out of an old jersey on a chilly day.

The first perfume she came out with was known as Chanel №5. That perfume is well-known and still being

sold today. Chanel No.5 is actually the worlds best-selling fragrance today. That perfume was the first ever made by a designer.

Coco Chanel was also known for such now-classic innovations as the woman’s suit, the quilted purse, costume jewelry, and of course, the “little black dress.”

Her first customers were Princesses and Duchesses, dressing them like office girls in faux pearls, trench coats, simple knits, turtleneck sweaters and the little black dress. By thumbing her nose at the haute couture styles of the 19th century she freed women from their suffocating fashions.

She is the only fashion designer listed on Time magazine’s list of the 100 most influential people of the twentieth century.

Chanel extended her influence beyond couture and clothing, realizing her aesthetic design in jewelry, handbags, and fragrance as well.

Coco Chanel will be remembered as one of the most influential fashion designers of the 20th century. Born in poverty, Chanel rose to become a leading figure in the world of haute couture. Known for her elegant and timeless designs, Chanel created looks that were both sophisticated and modern. Her famous designs include the little black dress, the quilted handbag, Chanel No. 5 perfume and the Chanel suit. Chanel’s legacy will be remembered not only for her impact on fashion, but also for her determination to succeed against all odds. Coco Chanel is an inspiration to generations of women who continue to aspire to her level of success.

We have endeavored to give you a glimpse into the life, style and fashions of Coco Chanel Fashion Designer. She will undoubtedly be remembered for so many of her fashion firsts, many of which are timeless.

She is still an inspiration to so many with aspirations in the fashion industry. I’m sure she will be remembered for many decades into the future.